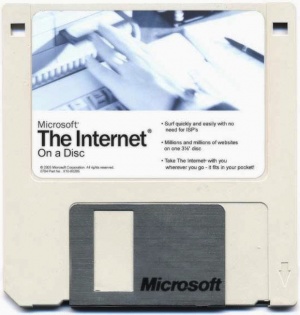 This wiki page is a collection of ideas for Project Valhalla.

This project/discussion has come around because there is a class of data currently existing, several times a year, as a massive amount of data with "large, but nominal" status within the Internet Archive. The largest example is currently MobileMe, which is hundreds of terabytes in the Internet Archive system (and in need of WARC conversion), which represents a cost amount far outstripping its use. Another is TwitPic, which is currently available (and might continue to be available) but which has shown itself to be a bad actor with regards to longevity and predictability for its sunset.

Therefore, there is an argument that there could be a "third place" that data collected by Archive Team could sit, until the Internet Archive (or another entity) grows its coffers/storage enough that 80-100tb is "no big deal", just like 1tb of data was annoying in 2009 and now is totally understandable for the value, i.e. Geocities.

This is for short-term (or potentially also long-term) storage options, say five years or less, of data generated by Archive Team.

There has been a lot of study in this area over the years, of course, so links to known authorities and debates will be welcome as well.

We do not care about:

It would be nice to have:

What does the Internet Archive do for this Situation, Anyway?

This section has not been cleared by the Internet Archive, and so should be considered a rough sketch.

The Internet Archive primarily wants "access" to the data it stores, so the primary storage methodology is spinning hard drives connected to a high-speed connection from multiple locations. These hard drives are between 4-6tb (as of 2014) and are of general grade, as is most of the hardware - the theory is that replacing cheap hardware is better than spending a lot of money on super-grade hardware (whatever that may be) and not being able to make the dollars stretch. Hundreds of drives die in a month and the resiliency of the system allows them all to hot-swap in replacements.

There are multiple warehouses for storing the original books that are scanned, as well as materials like CD-ROMs and even hard drives. There are collections of tapes and CD-ROMs from previous iterations of storage, although they are thought of as drop-dead options instead of long-term archival storage - the preference is, first and foremost, the spinning hard drives.

The Archive does not generally use tape technology, having run into the classic "whoops, no tape drive on earth reads these any more" and "whoops, this tape no longer works properly".

The Archive has indicated that if Archive Team uses a physical storage method, such as tapes, paper, hard drives or anything else, that they are willing to store these materials "as long as they are exceedingly labelled".

Some of the physical options require supporting software.

Removable media requires a centralized index of who has what discs, where they are, how they are labeled, and what the process for retrieval/distribution is. It could just be a wiki page, but it does require something.

A simple pool of HDs ("simple pool"), one without a shared filesystem, just people offering up HDs, requires software running on Windows, Linux and/or Mac hardware to allow Archive Team workers to learn who has free disk space, and to save content to those disks. This could be just an IRC conversation and SFTP, but the more centralized and automated, the more likely available disk space will be able to be utilized. Software that is not cross-platform cannot be used here.

A simple distributed and redundant pool of HDs ("distributed pool") requires software running on Windows, Linux and Mac hardware to manage a global filesystem or object store, and distribute uploads across the entire pool of available space, and make multiple copies on an ongoing basis to ensure preservation of data if a pool member goes offline. This has to be automated and relatively maintenance-free, and ideally low-impact on CPU and memory if it will be running on personal machines with multi-TB USB drives hanging off them. Software that is not cross-platform cannot be used here.

A dedicated distributed and redundant pool of HDs ("dedicated pool") requires a selection of dedicated hardware and disks for maximum availability, and software to run on that hardware to manage a global filesystem or object store. It has to be automated and relatively maintenance-free, but would be the only thing running on its dedicated hardware, and as such does not have to be cross-platform.

Where are you going to put it?

Okay, so you have the tech. Now you need a place for it to live.

Multiple copies would of course be great.

No, seriously, how are you going to actually DO it

There are only a few practical hardware+software+process combinations. In order of cost to each volunteer:

This probably requires a minimum of three volunteers per TB per project. Probably best to pre-split the data into < 25GB chunks so each disc can be labeled the same and expected to have the same data on it. Fifty 25GB discs is a little more than a TB, and it's expected you'll lose a few to bad burns each time, but it might be worth buying more than a spindle and generating parity files onto additional discs.

Same as with Blu-rays, and not really any more expensive ($150 == $37.50 for one 1TB of Blu-rays * 4, or one 4TB HD), except look at all that disc-swapping time and effort you don't have to do. You don't have to split data into chunks, but you do want to download it in a resumable fashion and verify it afterwards, so, checksums, parity files, something. You also risk losing a lot more if a drive fails, and the cost per-volunteer is higher (replacing a whole drive versus replacing individual discs or spindles). As such, you still probably want a minimum of three volunteers per TB per project (so a 2TB project needs six volunteers with 1TB each, not three volunteers holding all 2TB each).

These units provide dramatically improved reliability for content, enough that perhaps you only need two volunteers per project, and no need to split by TB, since each volunteer would have two copies. Having everyone buy the same hardware means reduced administration time overall, especially if custom scripts are involved. QNAP and Synology both have official SDKs, and all of them run some flavor of Linux, with Synology supporting SSH logins out of the box. The Pogoplug is the most underpowered of the options, but even it should be powerful enough to run a MogileFS storage node, or a script that downloads to one HD and copies to the other. (Checksums would be really slow, though.) This is moderately expensive per-volunteer, with an upfront cost of $320-$500.

Consumer NAS devices have severe firmware issues, potentially causing full data loss on a trivial operation. Such a case was previously observed after flashing a new official firmware image onto a QNAP Pro series 4 bay NAS (700€ empty) while the RAID was presumably resyncing. It has to be expected that the device prefers reinitialization over being stuck with an error.

A set of volunteers with (comparatively) expensive network-attached storage gives you a lot of storage in a lot of locations, potentially tens of redundant TB in each one, depending on the size of the chassis. You want everyone running the same NAS software, but the hardware can vary somewhat; however, the hardware should all have ECC RAM, and the more the better. MogileFS storage nodes are known to run on NexentaStor, and FreeNAS supports plugins, so it could be adapted to run there, or you could figure out e.g. LeoFS (which also expects ZFS). This is the most expensive option per-volunteer, upfront costs starting at around $1300 for a DIY box with four 4TB WD Red drives.

What Can You Contribute?

Twitch.tv (and other video services)