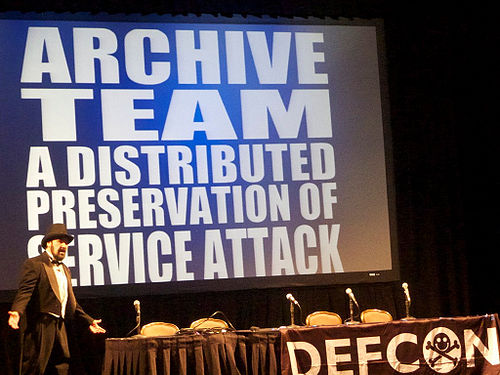 Jason Scott is the official mascot of Archive Team, resident loudmouth, and probably the one who goes to Archive Jail when the inevitable crackdown happens. Until that sad day when he's frogwalked into a waiting van for his one-way trip to Gitmo, he works on various Archive Team projects, occasionally coordinating and often cheerleading. He has been voted Most Likely To Be On a Show About Archiving Screaming About Something for several years running.

I've written quite a bit about various archiving, preservation and histrionic rants going in no direction whatsoever.