Streetfiles describes itself as a graffiti and "street art" site. The site announced its closure in March of 2013, and has stated it will shut its doors on April 30, 2013.

This is a Warrior project that is currently being rate limited as to not kill the site.

A new site has popped up http://streetfil.es/ that will have an archive of all the .org content. 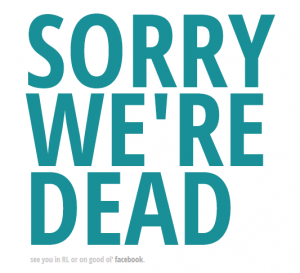