From Archiveteam
(Redirected from Geocities)
Jump to navigation Jump to search

GeoCities is what showed Yahoo! at its best. In 2009, Yahoo! succeeded in destroying the most amount of history in the shortest amount of time, certainly on purpose, in known memory. Millions of files, user accounts, all gone. ArchiveTeam accepted the challenge and saved it. It's forever available for everyone to play with.

The content is still provided via the same patched torrent above. However, bear in mind Dragan Espenschied has completely redone the thing. Super superior. He spent a year on it. See The Impulse of the Geocities Archive: One Terabyte Of Kilobyte Age for a summary. The research blog contains insight including an explanation of how the Tumblr Photo Op will automatically publish 72 screenshots per day till 2027; you can also dig the source code.

GeoCities was a once very popular web hosting service founded in 1994 and purchased by Yahoo in 1999. Marked by its once-generous allotment of 15 megabytes and the free (with added advertisements) price, it was at one point the 3rd most-browsed site on the World Wide Web.

Because the site was free and marketed primarily to first-time or relatively new internet users, the quality of websites on GeoCities became a persistent, oft-referred joke - the amateurish layout, use of animated gifs, and prone-to-personal websites dominated the standard GeoCities pages, and were often abandoned by their owners for good soon after finding better approaches to telling their stories or showing off their data.

While the natural urge by some would be to let GeoCities sink into obscurity and death, leaving nothing in its wake but bad memories and shudders of recognition at endless "under construction" GIFs, the fact remains that GeoCities was for millions of people the first experience dealing with the low-cost, full-color, world-accessible website and all the possibilities this contained. To not at least have the option of browsing these old sites would be a loss of the very history of the web from the side of the people who came to know it, not the designers who descended upon it. For that reason, Archive Team thinks GeoCities is worth saving.

The GeoCities Project and Friends

Upon the announcement of the closing of GeoCities, an attempt was made to rescue as much data from GeoCities' destruction as possible. The page with details about the project is here. The project's harvesting phase was from April-October 2009, and involved several dozen people and hundreds of machine instances. To various degrees of quality, a very large amount of GeoCities information was mirrored.

There have been other parallel projects also mirroring GeoCities besides Archive Team. These include Archive.Org, Geocities Archive Project, Reocities, Oocities, geocities.ws (currently dead), and Internet Archaeology. All groups appear to have gotten different amounts of the GeoCities collection, and most are now sharing data to track down gaps and share copies.

GeoCities closed in reality at around 12:30pm Pacific Standard Time on October 27, 2009. Attempts to reach most previous URLs either redirect to a page telling you GeoCities is closed, or bounce to a Yahoo search page and suggest you check Archive.Org's collection of saved GeoCities pages. Archive Team found some pages lingering days afterwards, likely a reflection of the size of GeoCities machinery and complexity of a decade of system administrations and hacks.

To demonstrate some of the things being lost, Jason Scott created an exhibit called This Page Is Under Construction, a collection of hundreds of "Under Construction" GIFs from the downloaded data of GeoCities. Nearly a quarter of a million people have been subjected to this display, but only a few thousand are brave enough to take on the sequel, Please Mail Me. Also, Do You Yahoo? 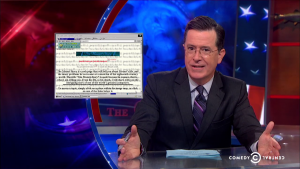 "I get all of my legal research from cached Geocities pages from the 1990s..." 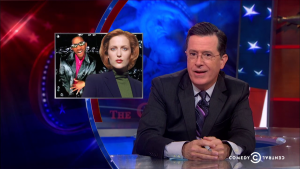 "That's how I know it is my constitutional right to get jiggy with Gillian Anderson." - Stephen Colbert

Articles about the torrent release

How can I find a page or website I'm looking for?

The first thing to do is to check web mirrors, like those listed in the #External links and the Internet Archive. It's quite unpractical to download GiB of archives, decompress them and look for your website or individual page in the middle of that. You can try to download /WORKSHOP/LISTS.tar.bz2 and/or /WORKSHOP/SEEDS.tar.bz2 from the torrent (only 100 and 320 MiB respectively), uncompress them and grep them for the website or URL you're searching. The first directory seems to contain (with a lot of duplicates) the (full?) list of downloaded directories and websites contained in the torrent (some are gzip'ed, but that's not a problem for grep), while the second seems to contain the (full?) list of downloaded URLs. If you're lucky, this will help you to find the exact archive you need to download and save you a lot of time and bandwidth.

You can also zgrep ALL-GEO-SEEDS-20090730.txt.bz2 which probably contains the same.