Difference between revisions of "Google Video" 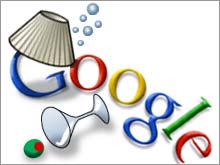 On April 15 2011, Google sent e-mail to anyone who had uploaded video to the Google Video site, informing them that all user content was to be deleted in roughly 30 days. They also announced that after 14 days (to April 29th 2011), they would no longer make the videos available for viewing.

Archive Team whipped into action and inspired a cluster of archivists to attempt to download and preserve the whole of Google Video for suffering mankind. Over the course of a few short days the team and technologies evolved from a brute force 'download everything alphabetically' approach to a sophisticated DOCID scraping operation, with keyword and related video searches producing a list of some 2.5 - 2.8 million DOCID's. These were then handed off to a distributed job management system - listerine - which assigned downloads to volunteers from around the world.

The Internet Archive stepped in with an offer to host the downloading data, providing dozens of terabytes of space to sort things out before they would be added to the stacks and provided online. Team members began synchronizing their collections in earnest; archive.org also set off on a parallel downloading operation, and both groups shared their docid discoveries.

In a couple of days, 18TB of verified video data had been downloaded and the team was on schedule to mirror the entire Google Video archive.

One week in (Friday, April 22, 2011), Google announced[1] they were no longer doing any of this, and were going to keep Google Video up indefinitely, as well as adding migration tools to move YouTube videos into user accounts.

Within days of the announcement, Jason Scott had thrown together a script, "googlegargle," to automatically download videos identified by scraping links. Volunteers would feed huge lists of scraped DOCID's to this script - in some cases more than 25,000 at a time - in an attempt to download the linked videos. Shortly thereafter, the large lists were broken apart into smaller chunks and people would register a claim to one or more on the wiki. Despite this, there was still a great likelihood of multiple individuals downloading the same videos, something the team were keen to avoid given the impending cutoff date. Efforts were made to create a sqlite3 database against which individuals could deduplicate their DOCID data; then Alex Buie created "listerine," a centrally coordinated, distributed processing system akin to SETI@Home. The listerine client would ask his central server for a video identifier, download it, then report it as finished. It was a fire-and-forget solution for the scores of volunteer downloaders. With this new weapon, The Archive Team was saving Google Video at the rate of 5 terabytes per day. Work continued on search technologies to scrape keywords, subjects and related videos to ensure every video, no matter how obscure, would be found and added to the central database. 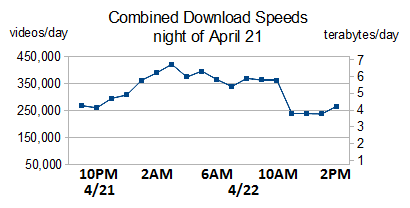 By the time of Google's capitulation, over 1 million videos and 18TB had been downloaded by our team. With a reported total of 2.5 - 2.8 million videos, Google Video was already 40% preserved.

In response to the persistent criticism and contacts from users, Google Video (technically, YouTube, as the engineers were now part of YouTube) announced that they were removing the deletion date of April 29th, adding a "Migrate to Youtube" function which would push videos to a linked YouTube account (without the time limit restriction) and intending to automatically transition the full back catalog of videos into YouTube. Meanwhile, they have said they will not be removing any user data, whatsoever. A complete victory!

Archiveteam and Archive.org continued to download Google Videos, of course, but at a much slower rate and without pulling in dozens of people.

As of 2017, all old video.google.com URLs are broken and don't redirect to any target, even for popular videos such as [1] found on an archived main page. 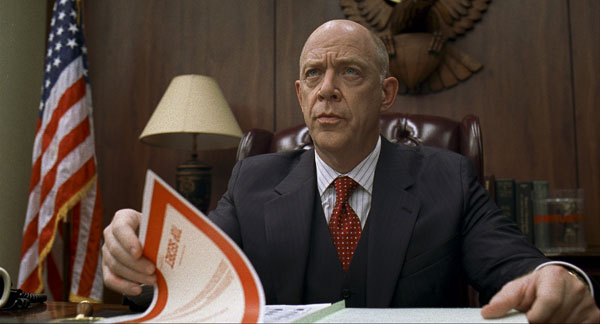 So, what did we learn here? ..don't do it again?
Retrieved from "https://wiki.archiveteam.org/index.php?title=Google_Video&oldid=38183"
Categories: